The last five days have been insane.  If you’re confused, Chamath explains here how Wallstreetbets rocked the equities market on what appeared to be a grass roots rebellion against hedge funds and the big-money establishment.  Ok, sure, there may have been an element of rebellion, but they didn’t act alone.  There is always big money from opportunists piling into every situation like this.  It’s that extra jolt of long-side capital that drove GME from $39 – $480 in two days. Amazing.

Excluding the news makers, the market finished Friday on a very negative note as SPY passed through SMA50 (daily) for the first time in two months.  The volume was heavy, but not run-for-the-hills-and-sell-everything heavy like it was in March. 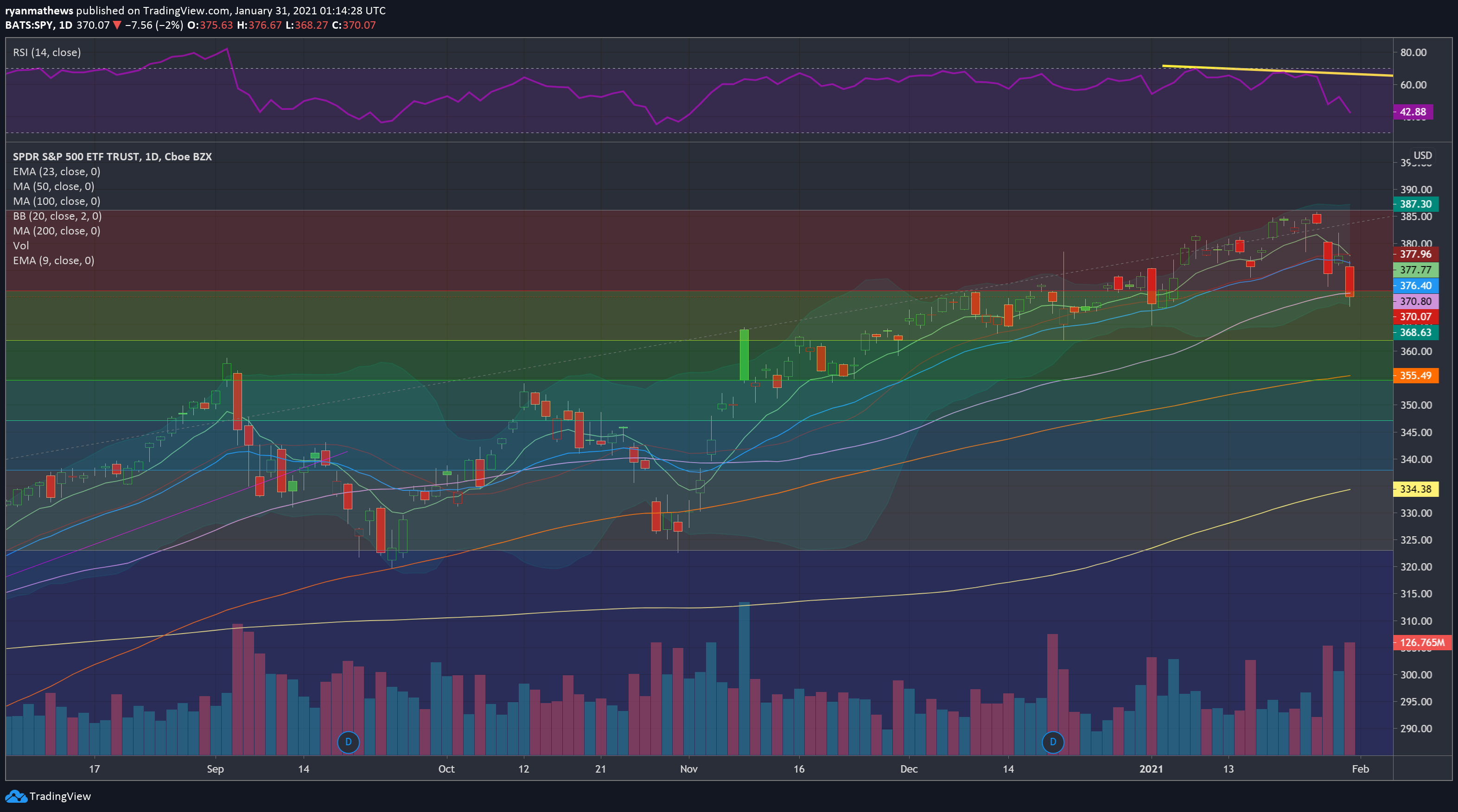 Everything got hit last week from big tech to energy.  Even companies like Apple that reported amazing earnings results couldn’t avoid the sell-off.  That’s telling.   Sure, a lot of attention was placed on the meme stocks, but the broader, non-meme stock environment was very weak. I mentioned in my last post that I was concerned about a market top and since then have been pivoting away from risk towards safety. As of right now, I’m sitting at about 40% cash in most of my trading accounts and about 20% (money market) in my 401k.

For the adventurous types, GME and AMC may have another run in them, but I honestly have no idea.  Most of my attention will be on silver, general market strength and a few watchlist stocks.